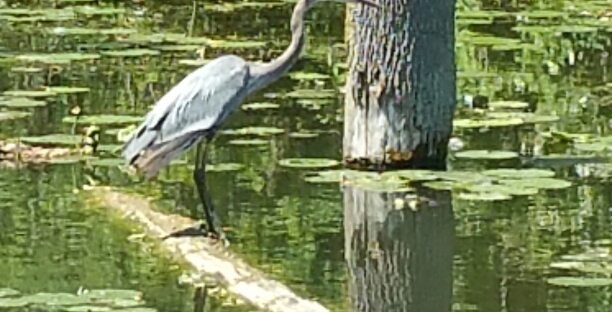 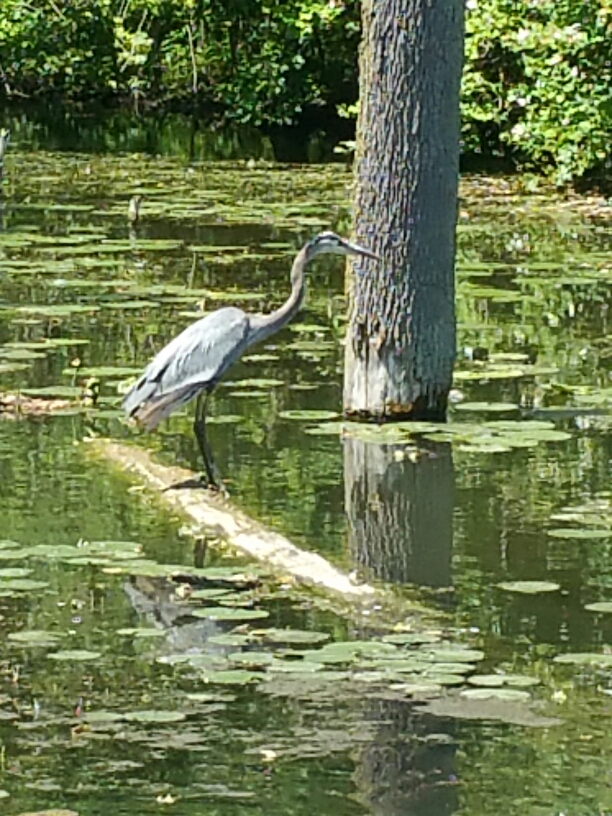 We can only truly experience the now.  Unfortunately, as humans we tend to get all caught up on living through our pasts instead. We look at life through the tinted glasses of our prior experiences (sometimes to the extreme of reliving them) instead of being centered in the moment as it unfolds before us.

Conversely,  we can also get so caught up in looking to the end result that we are actually living more in the future than in the present.  We can place such a burden of needing to achieve upon our shoulders that we are constantly keeping our eyes on the prize instead of keeping our head in the game,  so to speak.

I personally find myself tending towards a whole lot of both.  I have days where every moment seems to be about crap from my past – big and little stuff. (“Why is this not going like it did when I did this same thing three years ago?” “Hmmm, this is the third time I’ve heard my break-up song from 2004. No wonder I’m feeling all weepy.” and so on.) It’s like I have to make a conscious choice to be the “me that I am now” instead of the “me that I was then”, at least in those moments.

More often though,  I find myself with my wheels turning, thinking about what’s in my future: bills I have coming due in three weeks, events I have on the schedule months from now,  even something as simple as what will I eat for dinner after I teach yoga class a week from now. And you know what I’ve found this amazing process of thinking leads to? Nothing.  As in nothing gets done. As in I think about so much that I begin to feel overwhelmed with a sense of anxiety,  to the point that I choose to procrastinate on doing anything.

Staying mindfully engaged in the present moment is an arduous task to take on. Okay, let’s just be real here. It’s fucking hard to maintain at the beginning of the practice of mindful awareness. Stay thoughts and memories seem to float right on in there like they have a VIP invitation to the party, often followed by judgment of ourselves for these thoughts. (I mean, it’s just they’re just thoughts, right? Why can’t I frigging stay focused on the moment in my goddamn serenity!?)

Ah, yeah, and that brings up another point. Just because you’re in the moment does NOT mean you’re necessarily in a Zen like serenity state of happy yogic la-la bliss. Sometimes the now sucks ass, and trying to convince yourself otherwise is just an open invitation for it to suck more ass. And sometimes that means admitting that the winds are not blowing in your favor at that particular moment. (That means acknowledging things aren’t so favorable, not having a meltdown or wallowing in the suckage.) Sometimes this all it takes for a while new now to manifest.

Here’s the thing that I’ve discovered in my bizarre little journey through life: The Magic happens in the now.  It doesn’t happen when you’re in the future, because the future never comes. It’s always perpetually in front of you. It doesn’t happen in the past for similar reasons. In both of those instances though, having your mindset everywhere and everywhen but in your current here and now, you have no chance of seeing the magic that presents itself right in front of you. And it’s there!

Now, when I say the magic happens in the now, I’m not just throwing out a cutesy little catchphrase folks. Yes, I’m talking about the metaphorical magic of being able to participate fully in your life. Mindful awareness is a gift in and of itself, standing on it’s own merits. But I’m also talking about that OTHER kind of magic. The literal kind.

I won’t go into a huge discussion of what magic is and isn’t (and yes, I am one of those folks who refuses to spell it with a ‘k’), so let’s boil it down to a working definition for the purpose of this post. Let’s just broadly define magic as when a person focuses their will through their intention, aligns it with an external bigger energetic paradigm (the Universe, divinity, spirits, angels, etc.) frequently through symbolic, ritual or ceremonial means, and then Voila! The focused will is manifested in the person’s life.  I left this intentionally broad because for the purposes of what we’re talking about today, it doesn’t matter whether you are working an intricate spell passed down through the generations from traditional witches in Essex, or if you’re making a friggin’ vision board.

If you go through the trouble of putting the call out to the Universe, pulling on the hems of angels, trembling the strands of fate – whatever – then you spend all of your now turning your eyes to the future or getting lost in the past, then there is nowhere to interact with you. It doesn’t matter what method or manner you used to set the wheels in motion, or who/what you called upon (if you called upon anything at all) in your conscious manifesting. If you aren’t available to receive because your nose is glued to your phone, or your mind is wandering through your past, then you’re going to miss what you helped to call to yourself.

The witch’s craft can involve a great many elements – herbal lore, incantations, ritual tools, divination – all manner of various magical goodness. One big area that sometimes gets glossed over, dismissed, or not thought of is magical timing. Many witches are trained on the intricacies of casting by the cycle of moon, as well as observing and flowing with the tides of the natural world through what many term the Wheel of the Year. I’ve known a lot of practitioners over the years – really good practitioners – who would complain that their spells wouldn’t be working, and usually after a hefty conversation we’d inevitably arrive at this conclusion. With that much emphasis on observing the proper timing for your ritual, many practitioners of the arts simply aren’t connected to their present moment in life. Most of the time, these fantastically gifted witches would be balancing their hectic schedules for several days at a time, or wistfully lost in days long since past.  You must be present, otherwise what you’ve set into motion remains perpetually in the future, until it simply fades into nothing but a “could have been”.

This doesn’t mean that we live without memory or planning. That simply isn’t possible. Both memory and planning are really important parts to being able to accomplish almost anything. What it does mean is that we have to recognize where we are putting our meaning, our emphasis. Some people literally frame their entire lives from vacation to vacation, and everything that’s in between is just kind of there. Some people frame their entire spiritual practice from festival to festival, and every day in between is just a countdown or a time to reminisce about what a great time the last festival was. This is where we get all fucked up and miss our mark.

So, why don’t you think about this: What are you doing today that’s adding meaning to your life?  Better yet, just close your laptop or put down your phone and just go do it.  The magic is waiting for you to happen.